Automation Roles and Responsibilities: A Guide to Success 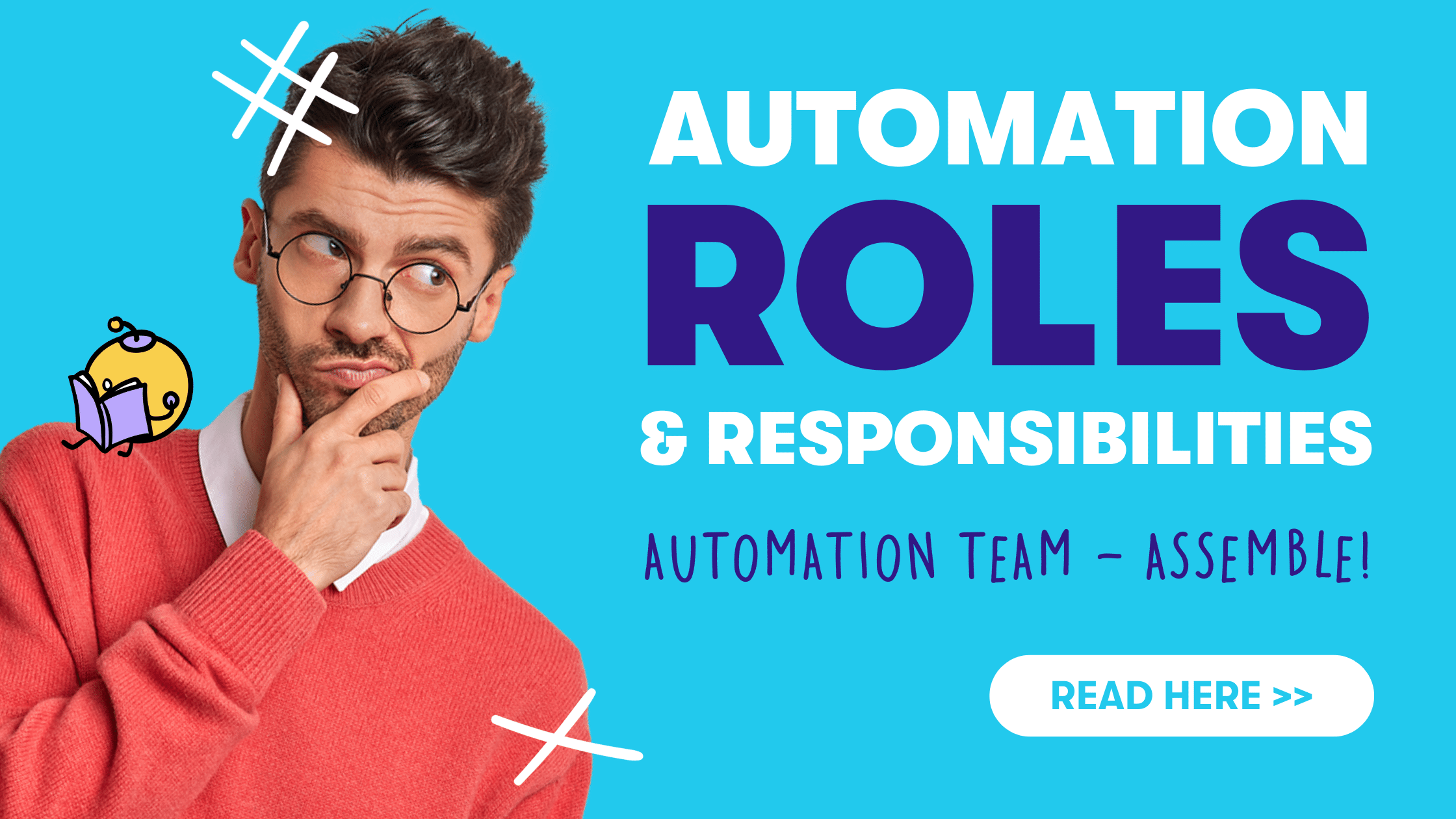 If you want your process automation initiative to be successful, it is essential to establish roles and responsibilities from the outset. Doing so will ensure that everyone knows what their part is in making the automation a success, and will help to avoid any confusion or overlap down the line.

Why you need Automation Roles and Responsibilities

It appears simple to talk about automation roles and duties as a topic of concentration. One of the most fundamental principles of building a functioning team is setting expectations for skills, knowledge, and duties. These conversations often focus on the duties and obligations that each function should carry out.

Automation roles and responsibilities are the core foundation for your general process automation success. Without them, you'll never be able to properly implement or take full advantage of automation.

But why are well-defined automation roles with clearly set out areas of responsibility and boundaries so important?

Here are some answers to that question:

Simply put, roles and responsibilities give everyone involved a clear understanding of what needs to be done and who is responsible for doing it. This, in turn, makes it much easier to continously automate tasks and processes as it decreases the risk of confussion and duplication of effort.

Clearly defined automation roles allow employees to concentrate fully on their area of responsibility. With time and experience, this specialization leads to increased efficiency.

For one, without roles and responsibilities established, it can be difficult to hold people accountable for their actions (or lack thereof). This can lead to an overall decline in quality and productivity.

Ultimately, taking the time to establish automation roles and responsibilities upfront will save you a lot of headache down the road. It will make it easier to hold people accountable, increase productivity, and improve clarity and communication within your team.

Automation Roles and Responsibilities you need

If you're looking to implement process automation in your organization, it's important to understand the roles and responsibilities that need to be established in order to ensure a successful implementation.

Please keep in mind: One job role does not necessary equals one job title and employee. One person can incorporate several automation roles and one role can be placed more than once. Please also be aware that some roles can have different names or variations.

These are the key roles that you need to establish in your company:

The management is the brain of all automation initiatives. These roles makes sure that your ressources are perfectly distributed, they overview the different projects and in general make sure that everything runs smooth.

The ideal Automation Sponsor is someone who has the authority to justify and motivate the time and financial commitment while also being aware of the transformational nature of Process Automation implementation. The Automation Sponsor takes a supporting role rather than an actively intervening one.

In the best case, the Center of Excellence (CoE) is a separate department, but it can also be organized as task forces. The name can vary and ranges from Center of Competence to Center of Expertise.

If management is the brains, then the Center of Excellence is the heart of any automation initiative and pumps the automation blood into all areas of the company, so to speak.

The Automation Manager is basically the Head of CoE. He can also be called Project or Program Manager and is the connection between the Center of Excellence and the Management. The Automation Manager is responsible for managing the day-to-day operations of the Center of Excellence. He monitors the performance of the process and makes sure that any issues are addressed in a timely manner.

The Automation Business Analyst is responsible for understanding the business requirements of the process and mapping out how the process will be automated. They also play a key role in testing the automation to ensure it meets the required standards. Business Analysts are responsible for uncovering process inneficiencies and redesigning of the desired process before the Automation Developer start to automate it. Process Excellence and Process Mining are among the things this automation roles should have internalized.

The IT department is one of the most critical success factors in successfully introducing, implementing and scaling Process Automation in a company. We strongly recommended to closely involve the IT in the automation strategy, especially when it comes to Citizen Development. This is the only way to avoid the nightmare known as Shadow IT, for example. The IT Department is the nerve system of your Process Automation.

The Automation Solution Architect is the connection between the IT department and the Center of Excellence. He works closely together with the Business Analyst on the feasibility and optimization of automation projects. The Solution Artchitect is in charge of scheduling technical meetings, estimating time and costs, and facilitating the creation and implementation of the solution. Additionally, he is in charge of the initial infrastructure configuration for the development, test, and production environments.

The functional departments are represented by your business units (HR, Finance, etc.). The business units are effectively the organs of your company and can be optimized through certain automation roles so that the entire body runs better.

The Center of Excellence's change efforts are delivered to the various departments via the Automation Change Manager. He is one of the most crucial responsibilities since he helps the functional departments with the transition, together with the Automation Strategist.

Even though poor or absent Change Management is the main reason Process Automation projects fail, many businesses just pay attention to the technical aspects of implementation.

Please have a look at our Stakeholder Analysis & Action Guide for Change Management, if you want to know which Stakeholders you need to have an eye on.

The Automation Strategist assumes responsibility for all Automation initiatives within their department and provides liaison between the Center of Excellence.

As he is an integral part of the business unit (and at best originally from it), he has the best overview of all processes within the department. He orchestrates change management together with the change manager, ensures that the right processes are submitted to the Center of Excellence and manages the automation efforts and environment in his department.

Employees that are proficient in using low-code or no-code platforms, such as the RPA tools from UiPath or Microsoft Power Automate, to create apps and process automation solutions that address small scale business challenges in their business unit are known as Citizen Developer.

These are often specialized business user that work either part- or full-time hours to develop apps and automations that would otherwise be delegated to IT, which is already heavily involved in many longer-term implementation projects. Your company may profit much from these departmental automation developers, but they must receive proper Citizen Development training and be incorporated into the overall enterprise automation strategy.

By establishing these key roles and responsibilities, you can ensure that your process automation project is successful.

Things You Need to be Aware of

There are a few key things you need to keep in mind when establishing automation roles and responsibilities for your automation efforts.

First, you need to be clear about what your goals are for automation. What processes are you looking to automate? What kind of efficiency gains are you hoping to achieve? General put: What is your Automation Strategy?

Once you have a good understanding of your goals, you can start to think about which roles will be most instrumental in helping you reach those goals.

Wisely Another thing to keep in mind is that not all automation roles need to be filled by full-time employees. In many cases, it may make more sense to assign certain roles to part-time or contract workers. This can help keep costs down and can also help you tap into a wider pool of talent.

Finally, don't forget to consider the skills and experience of your team when assigning automation roles. You'll want to make sure that everyone is well-suited to the tasks they're being assigned and that they have the necessary skills and knowledge to be successful. This means: Educate your employees. There are three ways to do this:

When it comes to speed and general knowledge transfer away from specific tools, we would always recommend an independent online academy.

We hope that this article has been helpful in providing you with an understanding of the automation roles and responsibilities involved in successfully implementing an automation strategy.

Remember, the key to success is careful planning and execution. With the right team in place, you can be sure that your automation efforts will be a success. 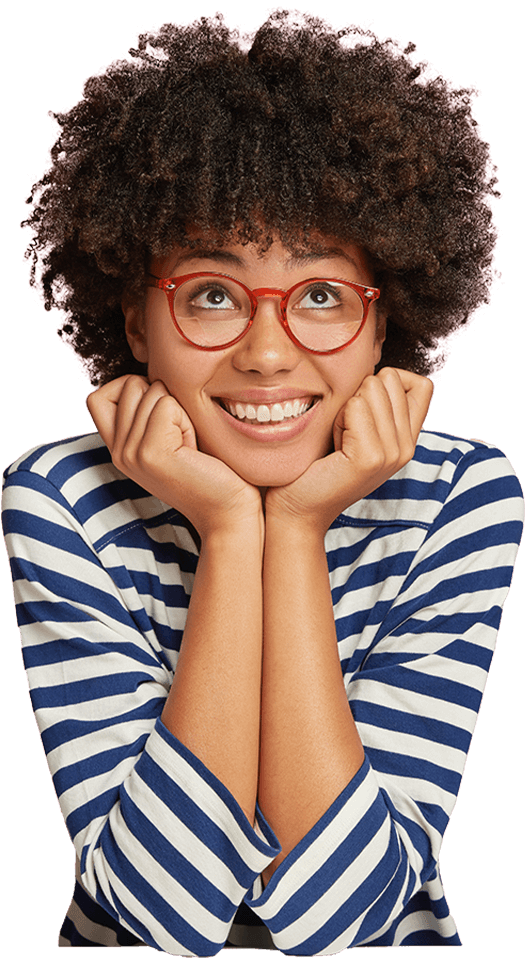 Do you need Automation Specialists?

Train your employees and become an Automation Powerhouse - with the Automation Academy.
See Courses 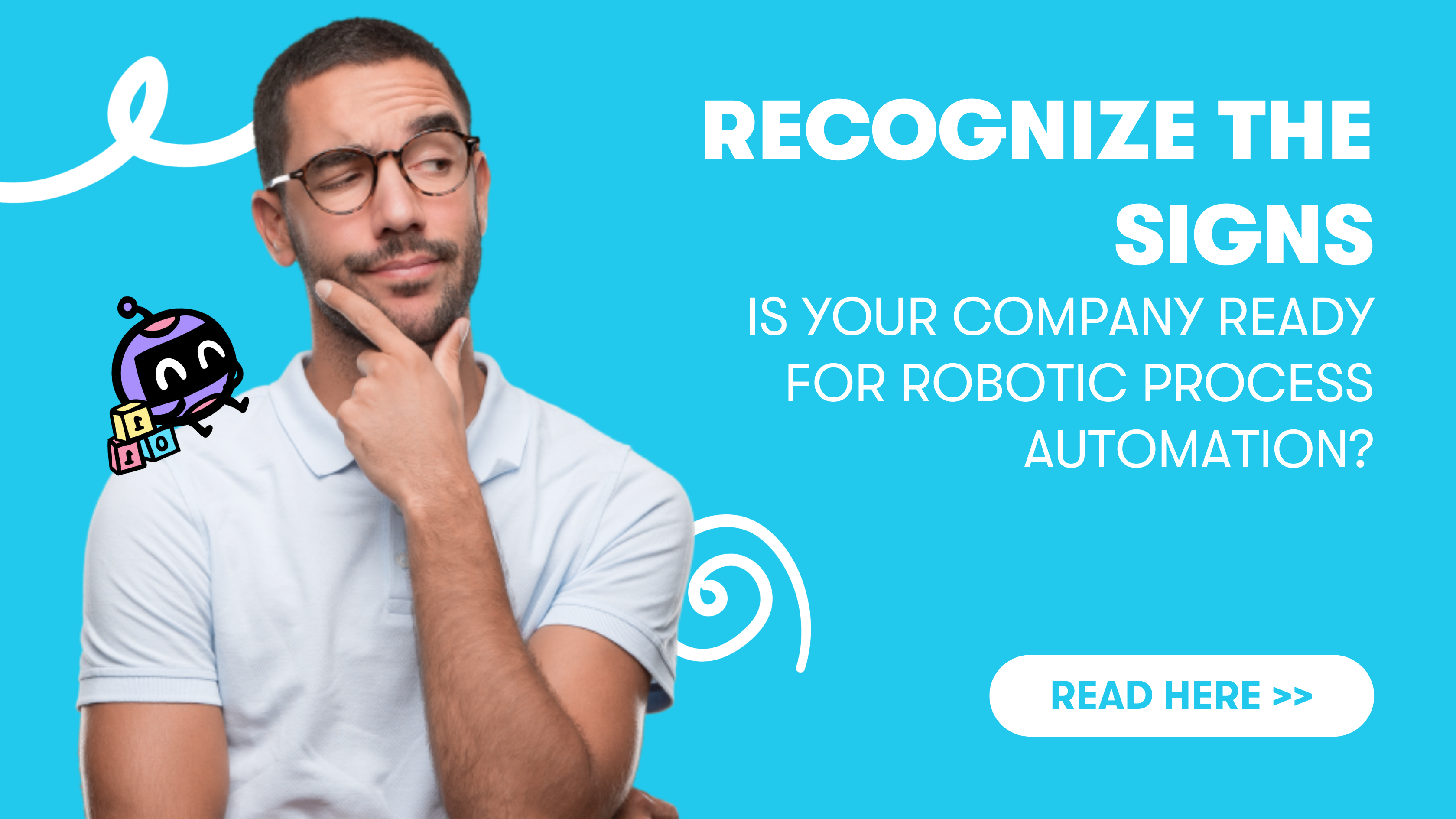 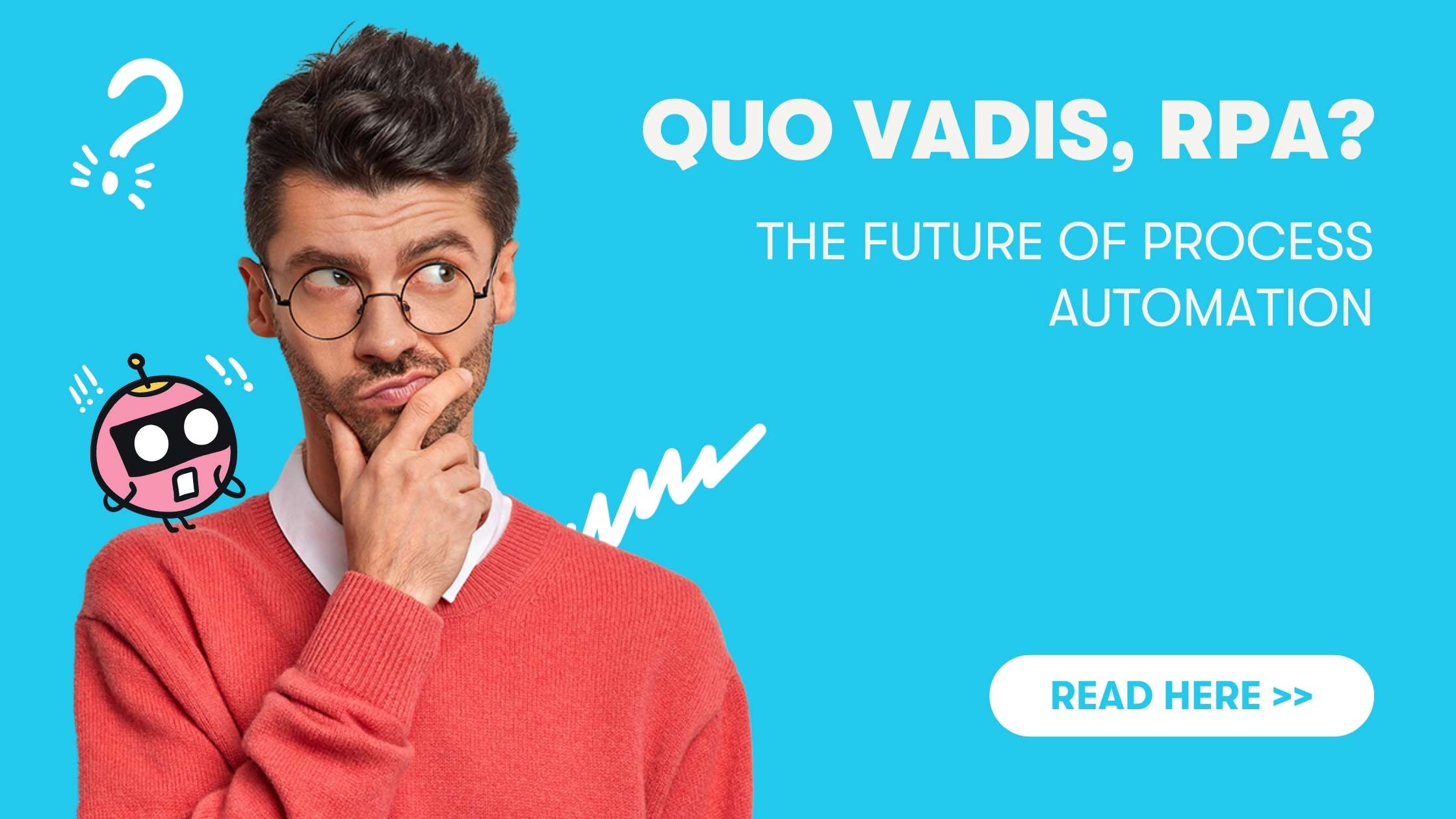 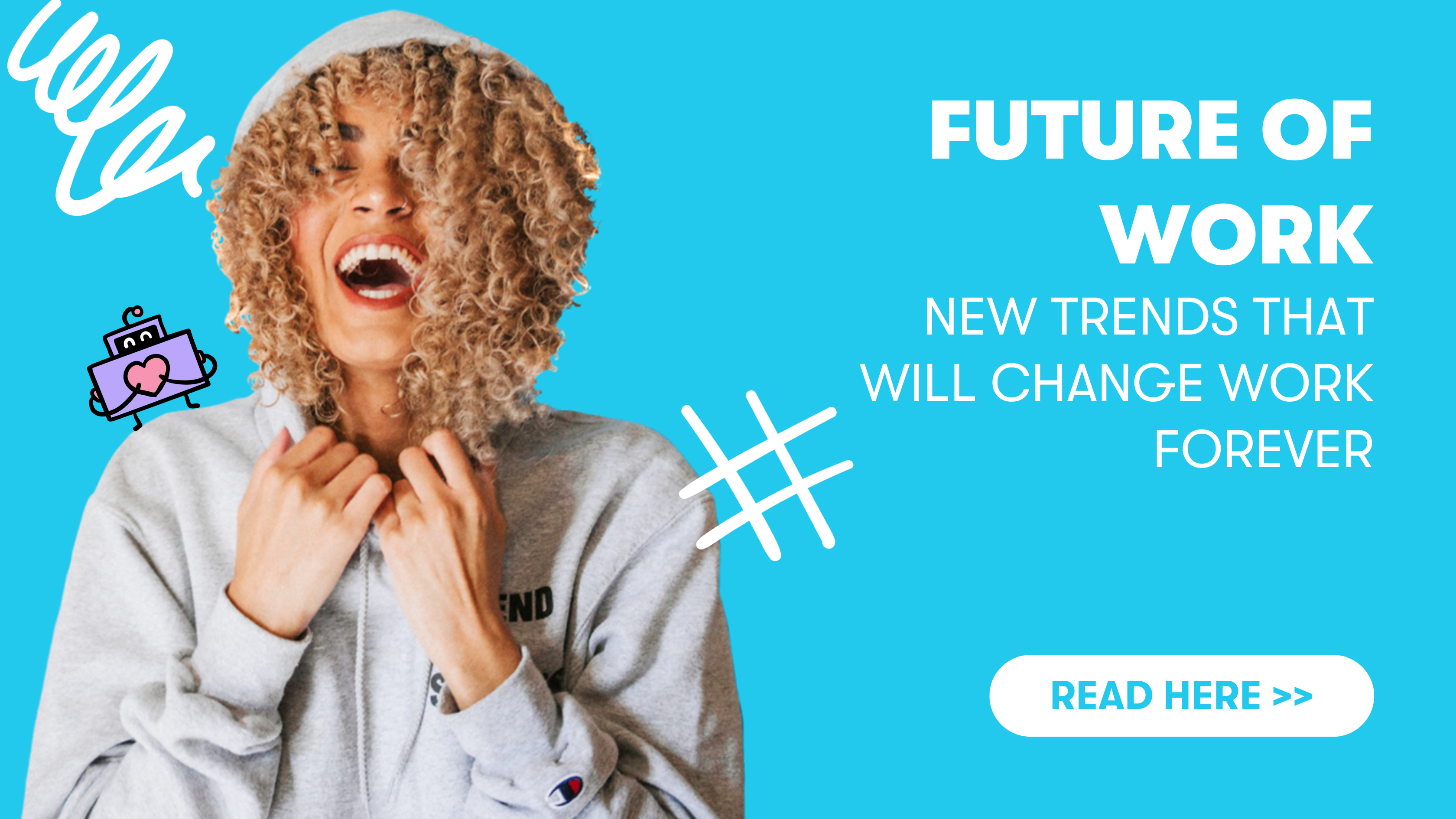 Future of Work: 7 Trends That Will Change Work Forever 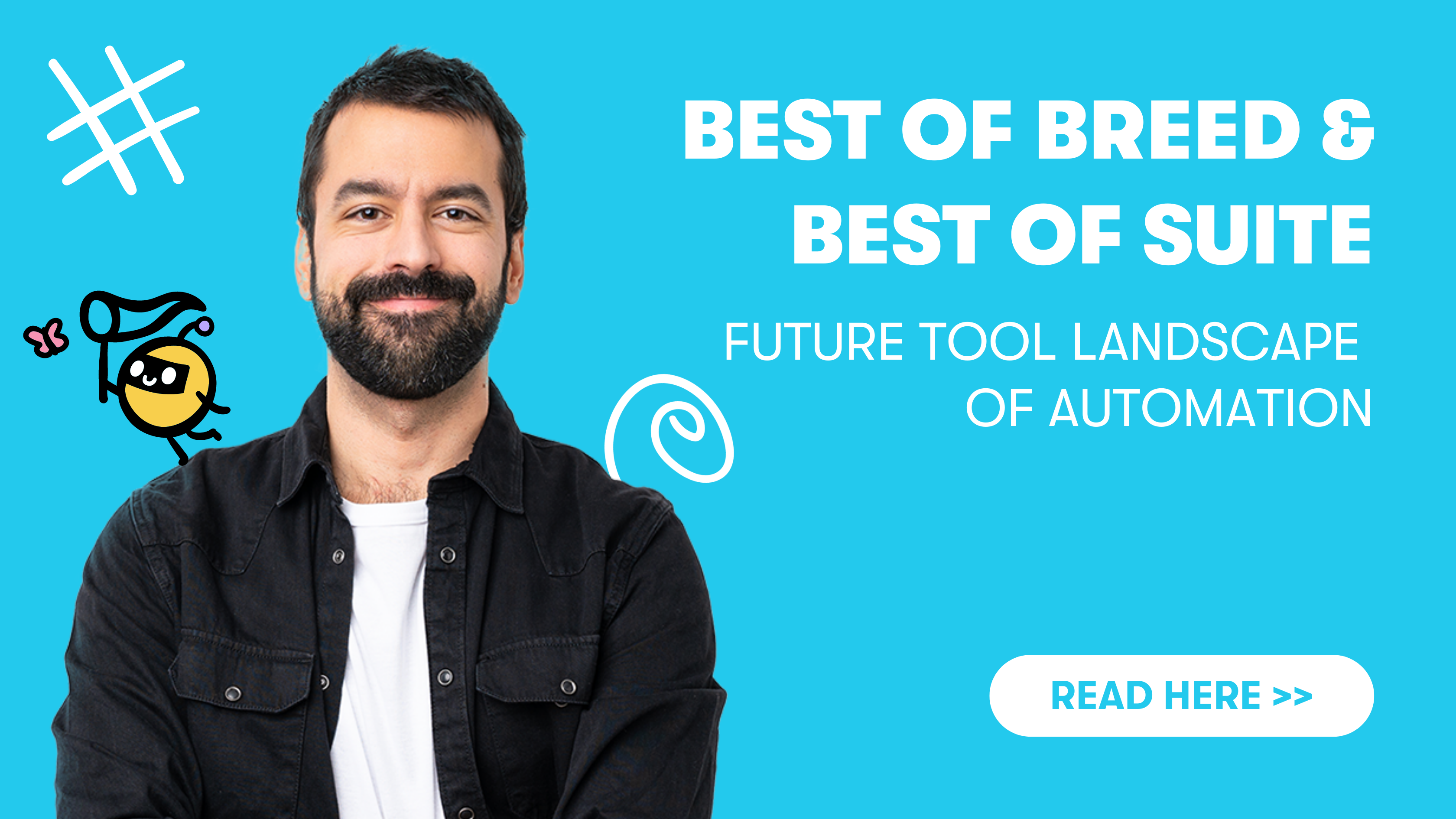 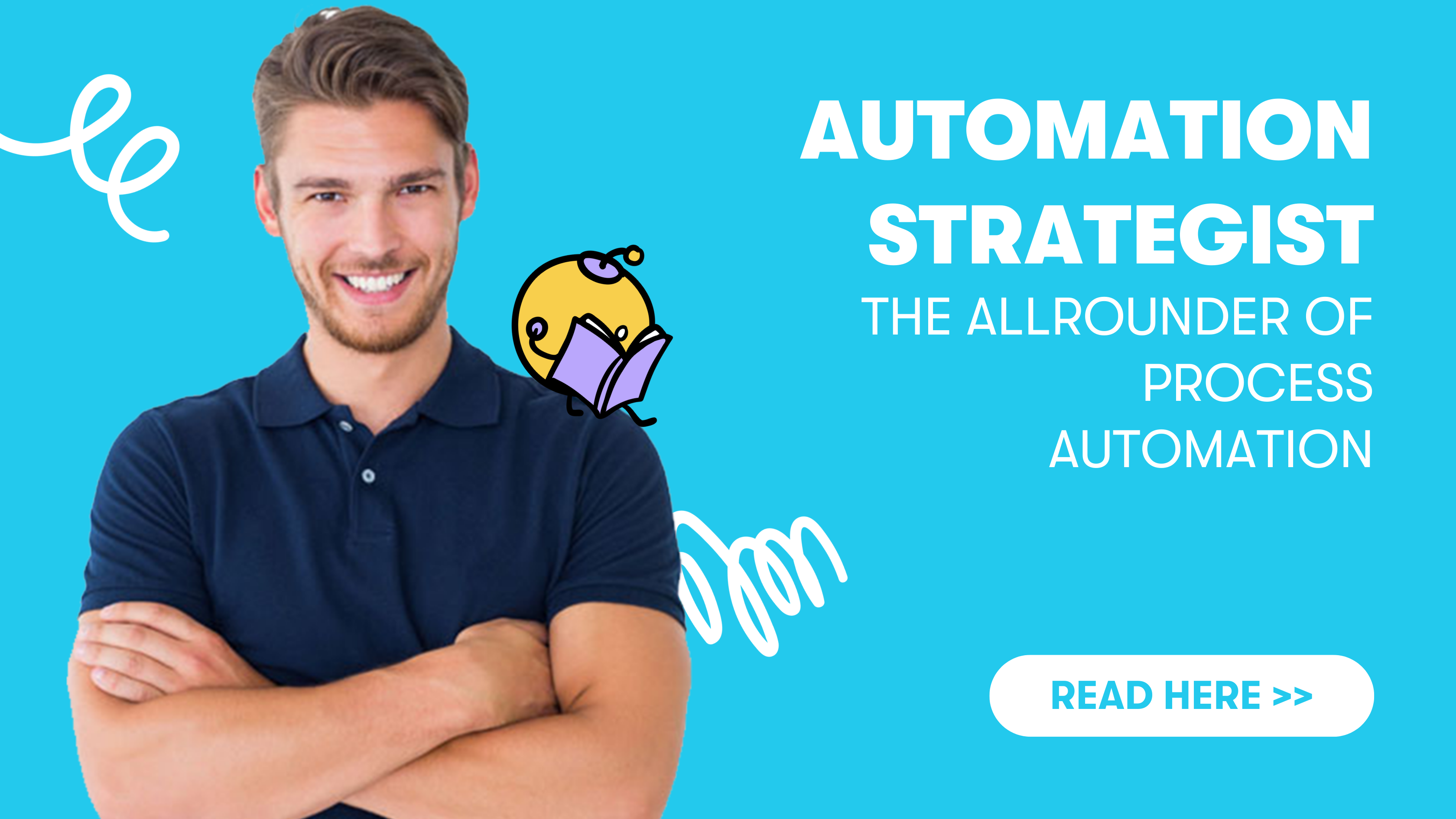 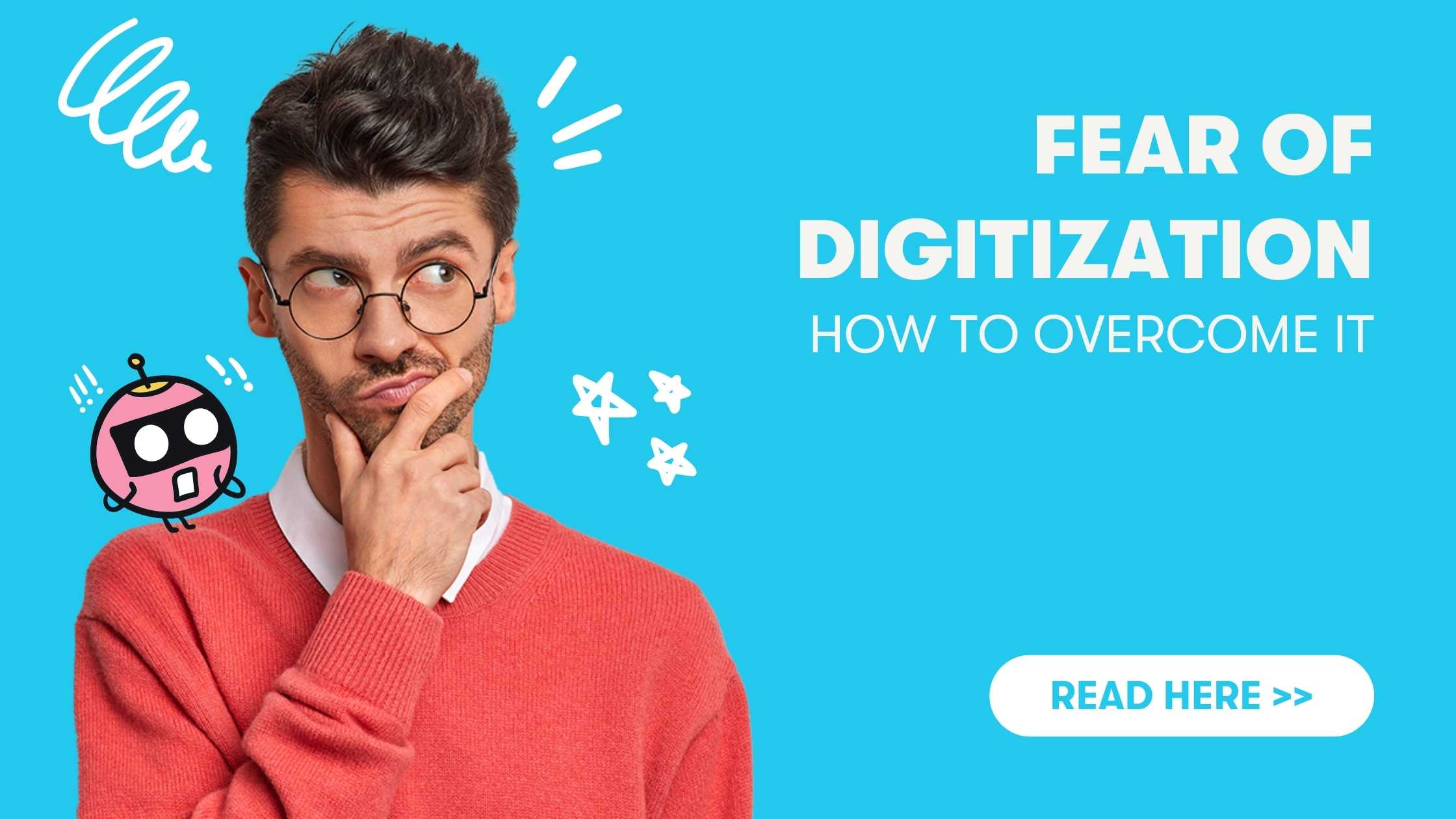